History of the theatre 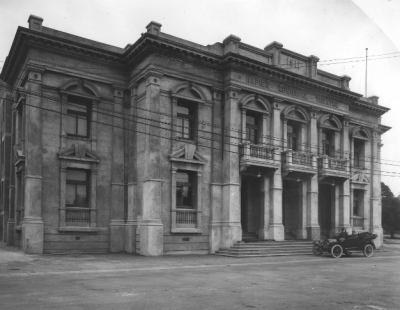 The Napier Municipal Theatre dates back to early 1912, when an elaborate building was designed in the Italian renaissance style by leading Australian architect William Pitt.

Sadly, the much-loved theatre became a total ruin in the 1931 earthquake. The town managed without a replacement for several years while more urgent construction took priority. In 1935 frustration at the lack of an adequate performance venue came to a head and plans for a new theatre progressed. An 1154 seat theatre was rebuilt and opened for its first performance on 3 June 1938.

Some improvements were made over the next 50 years, but nothing major was undertaken until the formation of a development committee in 1987.

Redevelopment of the theatre began in 1992 and was completed in two stages over the next five years - with a prime focus on preserving the integrity of its original Art Deco architecture. Local architect Guy K. Natusch led a team of designers in the skillful addition of modern theatre facilities for both performers and patrons making this theatre truly unique.

Now one of the best provincial performing arts centres in the country, the theatre is an icon of Art Deco Napier and its stage has been graced with international acts and local performers alike.